They say “More money, more problems”, but not having money at all is much more of a problem compared to the alternative. Sure money isn’t everything, but it doesn’t stop it from being something, and in the kind of society we live in, and the way things run, let’s just say a lack of money will not be doing you any favors. There’s no need to tell you this though, if you are over the age of 5 and reading this, you probably know that. The world is brutal in its current form, and unless someone comes and overhauls how everything works in its entirety, this is the kind of thing we have to deal with. So, without further ado, let’s look at some ways  in which you could improve your money management, and make the most of your money and savings. 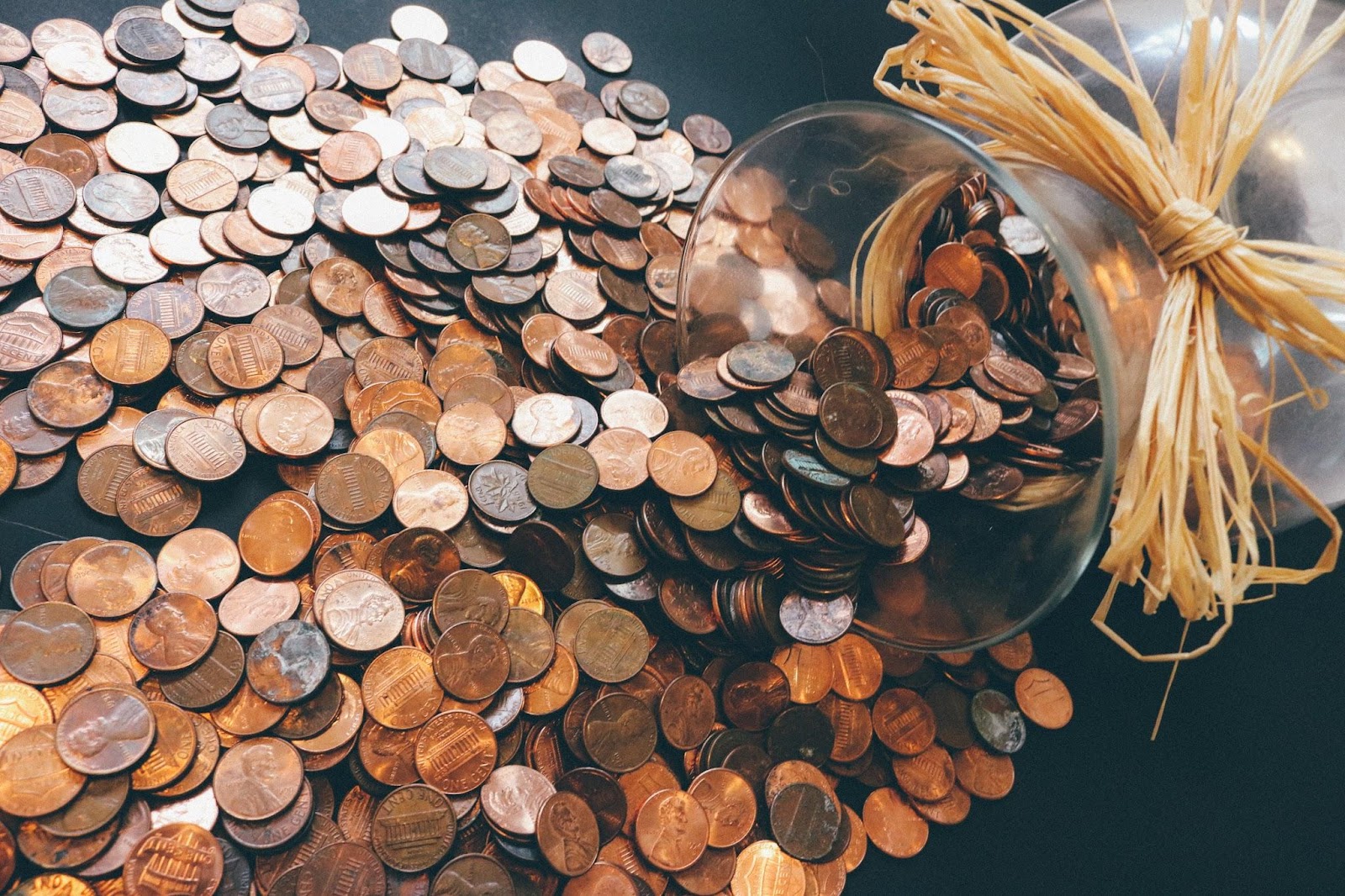 Always prepare for the worst

As you already know, life is full of twists and turns, working in funny ways and more often than not, throwing several curveballs at you when you least expect it. While living in constant fear of the worst is not the healthiest way of going about life, you should at least be mentally prepared for the worst-case scenario. Living from paycheck to paycheck can only take you so far, and in case some unexpected expenses happen to come your way, you might just find yourself in a rather unfortunate situation. Nothing wrong with splashing out some cash every now and again, without it, the average working person would probably fall into a state of deep depression, but try and leave some money as backup in case anything ever goes wrong. Could be some sudden car repairs, maybe hospital fees, or even a rent increase. You never really know, and spreading your savings thin can prove to be your shortcoming.

Keep tabs on your expenses

If you find yourself broke near the end of the month and without the faintest idea of where your money has disappeared off to, you are probably in the same situation as most of the average working population. It’s easy to suddenly realise that you’ve been spending way more than you should have on minor things like an extra snack for lunch, or just a quick coffee and panini at the coffee shop. At that point, you had some minor comfort food during the month, and not really much else, but you find yourself back at square one on the first of the month, as if you’ve worked the whole month for no reason other than to survive. It might seem somewhat depressing to think about, but if you do not actually gain anything tangible from a working month, that is essentially just a month of your life down the drain. It is a good practice to make yourself a spreadsheet which records all your money coming in and out, showing where your money went. With one of these at your disposal, it is much easier to objectively look at your spendings and see if the random spendings are actually necessary, and if it’s really worth spending over 200 a month on coffee and bagels. Much easier to put things in perspective like that is it not? Look at where most of your money is going, if it’s something which could be considered useless, see if you can cut down on it. If not, go to the next big spender and try the same thing. By the time you go through the whole list, chances are you will have at least a decent chunk of money you know you is actually possible to save next month. 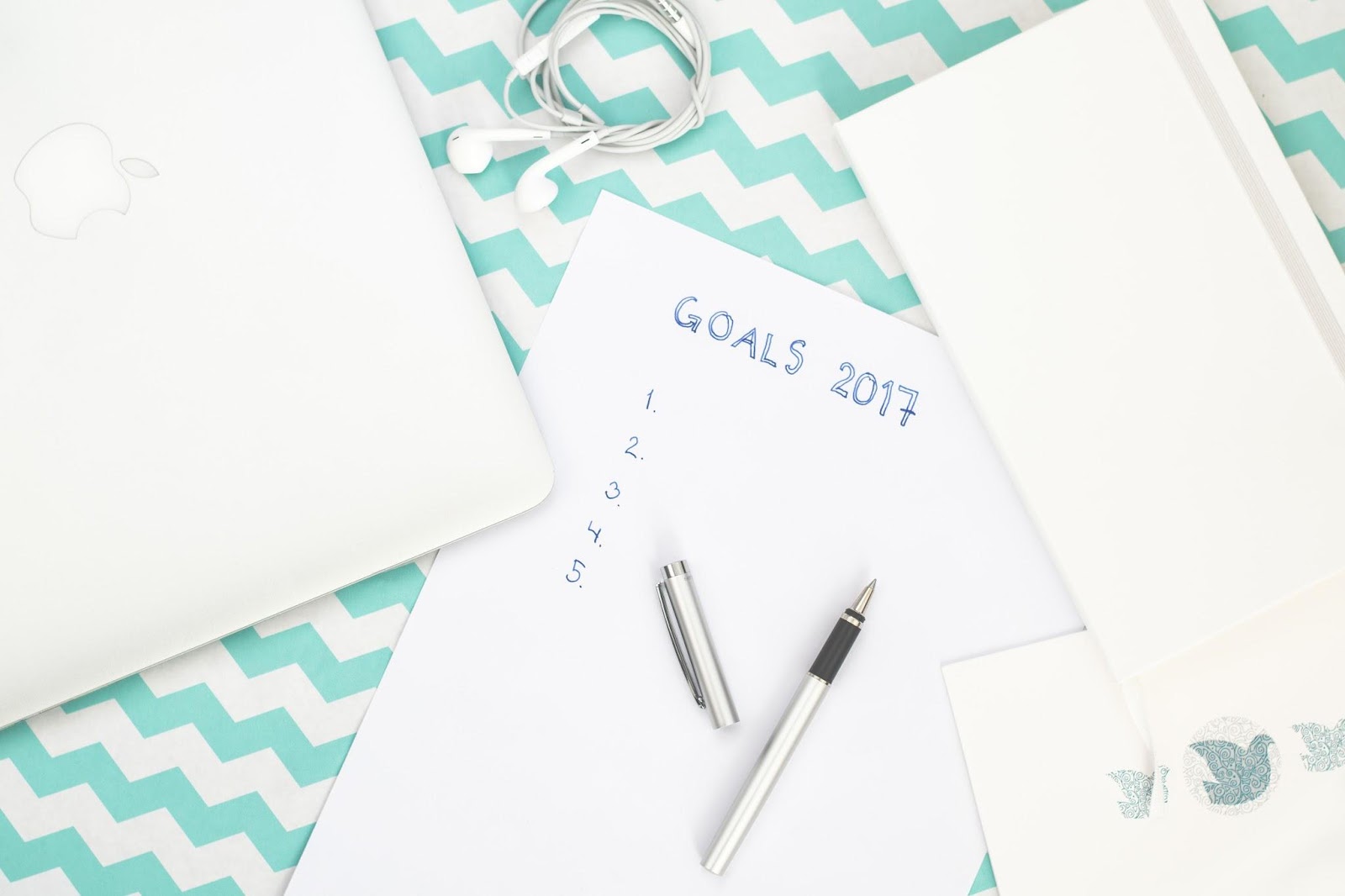 Set goals for yourself

This nicely integrates with the spreadsheet method, making it much easier to find tangible goals to head for. It is easy to get overwhelmed with the sheer amount of things you need to do in order to not overstep your budget. Denying yourself all those things during the month just to save a measly few hundred, might seem rather grim, so let’s just try and set some realistic goals at first. Rather than promising yourself that you will “spend no money at all!”, just try and ease yourself into a slightly more money-efficient lifestyle. Instead of buying lunches every day, try to get packed lunches from home. Get smaller coffees from Starbucks rather than the Grande Latte you are used to, it be better for your wallet and your health. Try to eat out less often, instead, spend on grocery shopping and cook at home, cooking at home is probably better for your health as well. Rome wasn’t built in a day, and your savings aren’t going to get better overnight either. Have patience.

Try to deflate your bills

Other than just moving somewhere far out of town where everything is cheaper, there are solutions to this, which do not require you to make up the rent difference with costs of your daily commute. You can try and be a bit more money-smart like in the good ol’ days, fix leaky taps which buff up your water bills. Instead of cranking up the heating, put on a sweater or a few more layers just to be safe. Turn off all electronics for the night rather than leaving them in “standby”, yes keeping them powered even if they do nothing at the time still costs money. Do not leave your lights on when unnecessary, remember to turn them off when going out or just when it’s actually bright out. The sun has been doing a pretty good job of providing light to most of the earth so far and you can safely rely on it, at least for now.

Online shopping has taken civilised world by storm with it’s efficiency and availability of items which might just so happen to be out of stock in your local branch of whatever shop you might want to buy from. This is not limited to extensive online clothes shopping or importing things from overseas, but even your daily grocery shopping from the supermarket. By now, probably all of them have an online counterpart with next-day or even same-day delivery, making it a handy and efficient alternative to standing around in queues waiting to be served by someone while the groceries you bought already defrost in your bag. Of course, if you have a local farmer’s market or something along those lines, then no online supermarket is going to replace that. Getting quality produce and veggies which actually have taste to them is a thing that most large markets seem to be lacking for now, so just stick with going to the market if you want to buy some truly quality products. 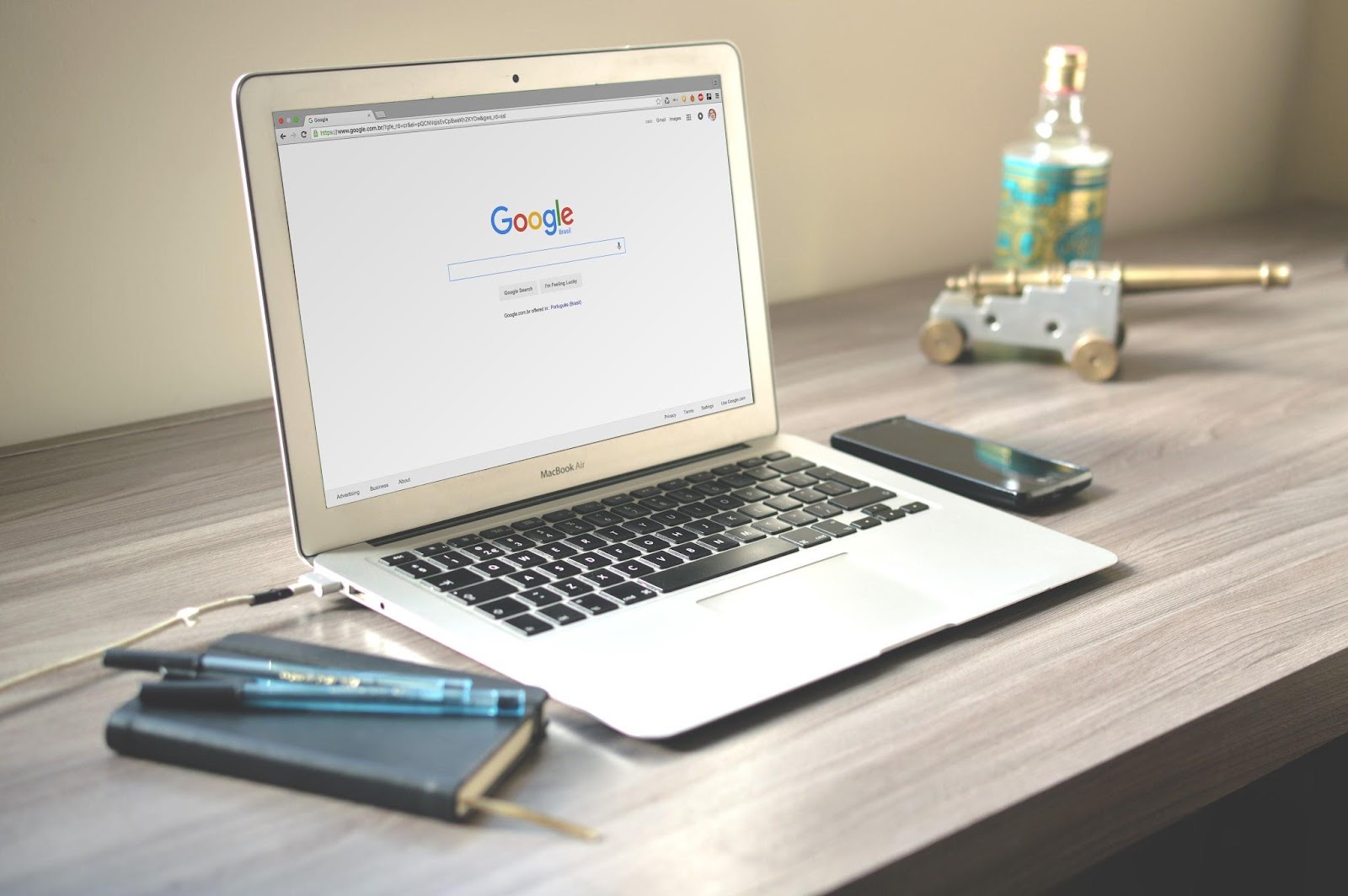 Ask the internet for help

It might be a bit weird mentioning this since you are already reading this article, but the internet is a seriously powerful source of knowledge on just about every topic in existence. If you want to further expand your knowledge on money-saving tips or maybe just look for inspiration, it is worth taking a look at blogs which publish content on those exact topics. PersonalFinance-Online.com, much like the name might suggest, provides a series of different articles focused on being money-smart, if you are already reading this, chances are you would be interested. If you want to find something on a more specific topic, then there’s is nothing which can hide from a few searches in your search engine of choice. It’s about time to make use of the internet in a productive fashion as opposed to just watching an endless stream of cat videos online. Not that there’s anything wrong with that, no one said the two are mutually exclusive. 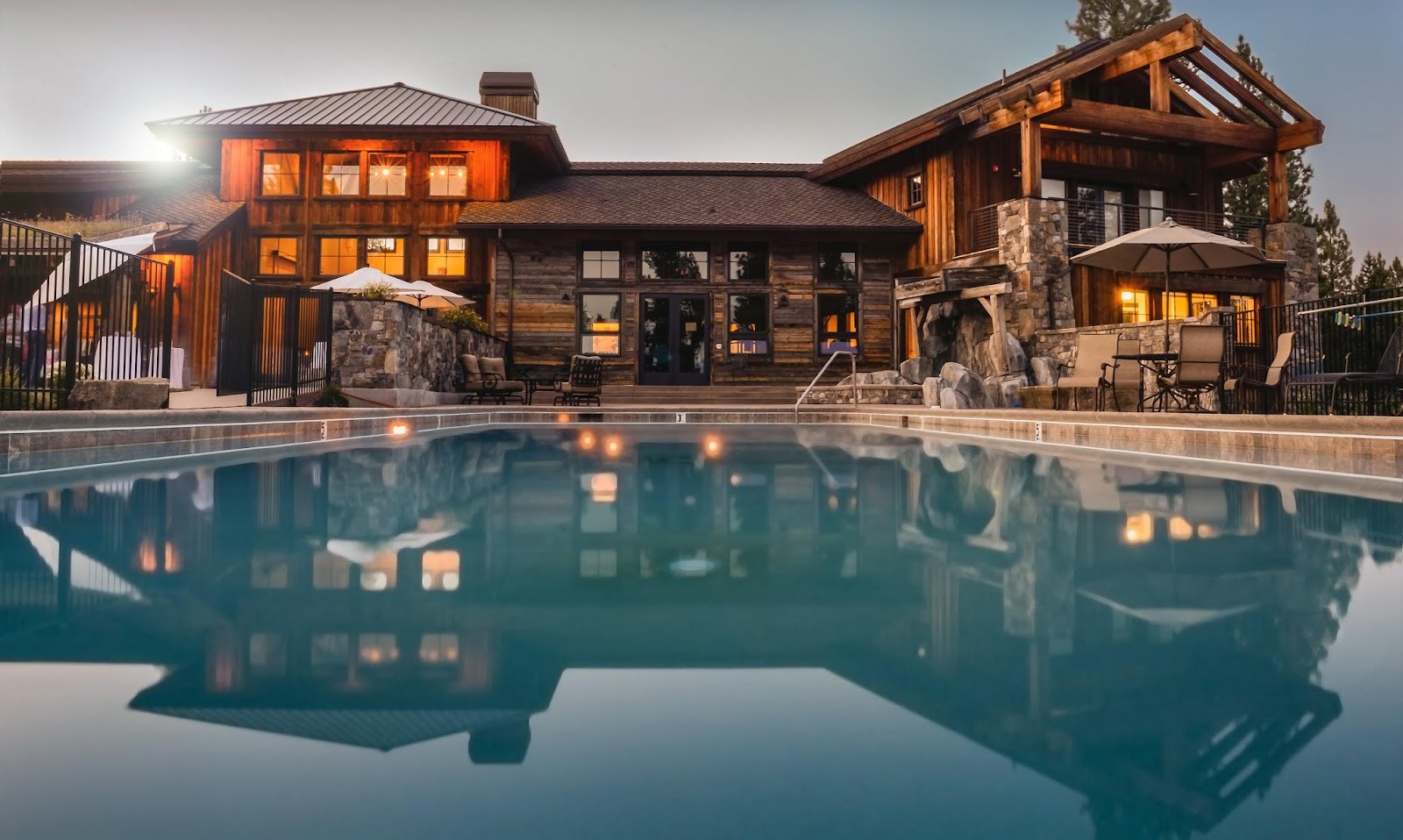 If you find it hard to meet your monthly saving goals, it might be due to a lack of motivation. Saving money for the sake of saving money can feel very unrewarding in itself, and unless you have something to put that money towards, you might as well not even have it in the first place. Of course, the security of knowing you have something “just in case” is not to be overlooked, but that’s not how the human mind works for the most part. We seek gratification for our efforts on a regular basis and it might be hard to convince yourself that “It’ll all be worth it in 20 years time”. Think about what you want to accomplish, and work towards that goal, be it buying a house, starting a business, having an amazing wedding, or buying the car of your dreams, we all need that carrot on a stick to keep up going through everyday life. Don’t be afraid of dreaming big either, even if something might seem way too far out of your current saving capabilities, no one is to say that you will not end up with a much better and well-paying job within the foreseeable future. When you look back, you will be thankful to your past self for saving, and making your new and updated goals, which more suited towards your new earnings, much easier to achieve.

1 thought on “Being Money-Smart And Efficient: Things To Consider”