With a wonderful trip to Ireland and the UK in May, June was a time to transition back into saving for travel. Here are a few things I did, as well as what I’m looking forward to. 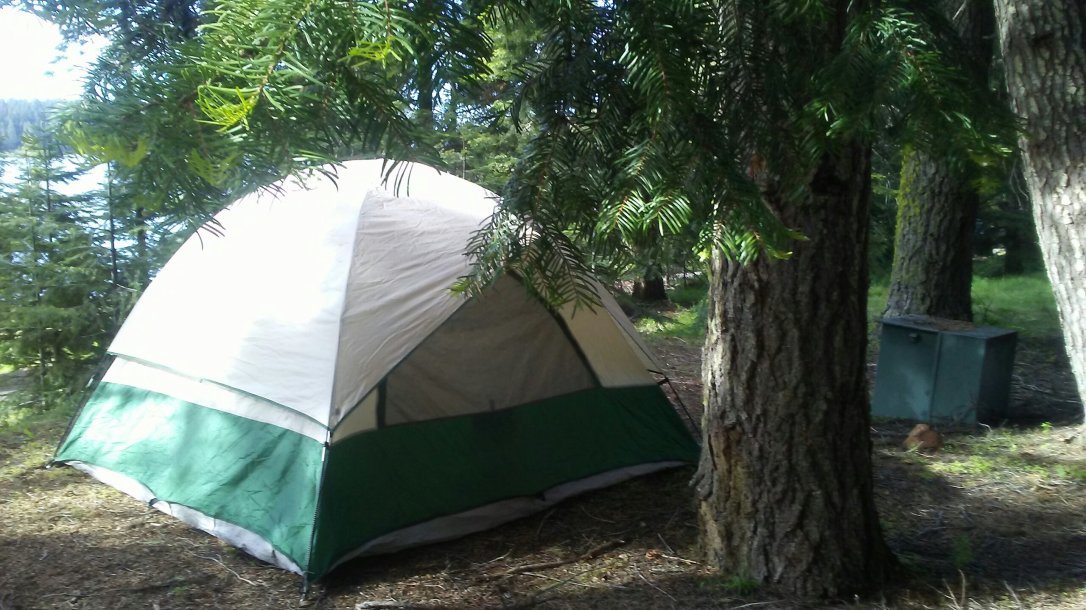 I only took one overnight trip this month. Although it wasn’t too far from home, I got to experience a new campground, new friends, and a new learning experience. Best of all, it was FREE!

The Pacific Crest Trail Association is a nonprofit organization that maintains the long National Scenic Trail that goes from Mexico to Canada while crossing through California, Oregon, and Washington. Since a section of the trail goes through the mountains near me, I was able to attend one of their Trail Skills College weekends this past month. Most people traveled a lot farther than I did to attend- some people traveled seven hours! Although Trail Skills College is offered in several spots along the Pacific Crest Trail, a lot of people like Southern Oregon’s “Big Bend” section or the classes that the PCTA offered here.

I joined this two-night weekend camping trip at Hyatt Lake. On Saturday, I spent the day taking the “Cooking and Camping with the Crew” class, where I learned some planning, cooking, and hygiene skills that could be used in all my travels, but particularly when I volunteer with the PCTA in the future. Although I didn’t sign up for any Sunday classes, I was able to take advantage of kayaking on the beautiful Hyatt Lake.

The next weekend, I found myself back on the PCT! I haven’t had the opportunity to volunteer on a trail project with the PCTA yet, but I did lead a hiking group around the Green Springs Loop outside of Ashland, Oregon. So all of my June travels involved this little slice of the Pacific Crest Trail. 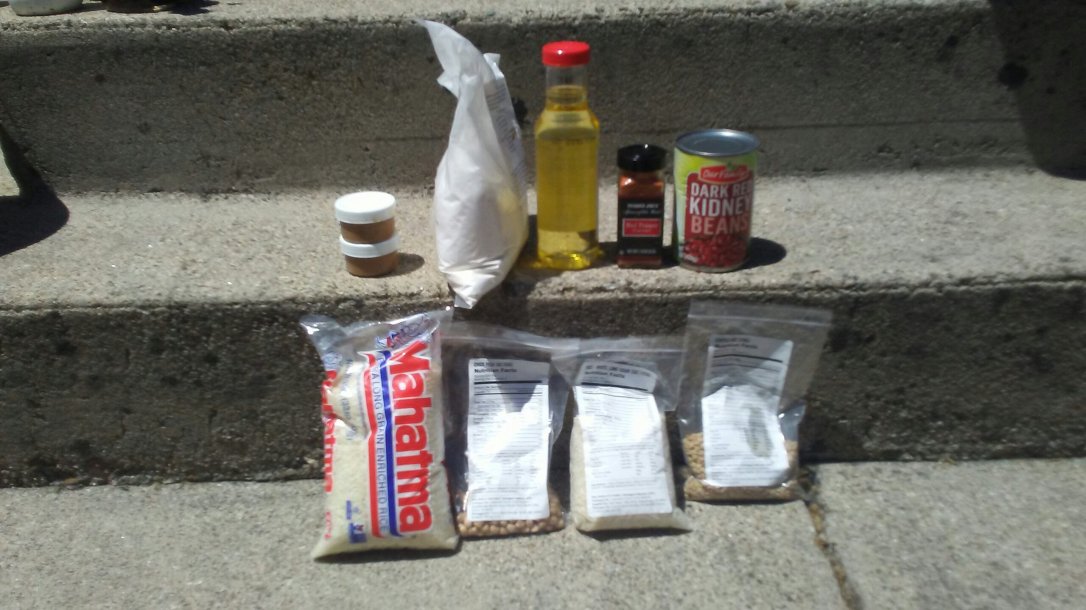 To be honest, my PCTA Trail Skills College experience wasn’t as great as I expected it to be. Sure, everyone was nice, the food was good, and I learned some good skills. But I ended up with some GI troubles. To make matters worse, the campground we were using had its water shut off, so no bathrooms or running water! Not the best way to spend a sick weekend, but I was just well enough that I didn’t want to go home and miss out.

A week later, I made sure that I was starting off healthy, because I was going to do an eating challenge. I took The Ration Challenge, which meant for one week, I would eat the same food distributed to Syrian refugees. I had to make two substitutions. (Since I’m soy intolerant, I replaced the vegetable oil ration with coconut oil. I also exchanged sardines for a vegan protein alternative since I don’t eat seafood.) I learned to get creative with the little I had. With only a few ounces of flour, I learned to make really thin crepes. With rice outweighing the rest of my rations combined, I learned to make congee, rice milk, puffed rice, and extending everything else by sneaking in some rice. I enjoyed the lentils and think I’ll start adding more to my regular diet. Although I prefer to add tahini and spices, hummus made out of just chickpeas and oil is still delicious. But most of all, I gained empathy for these hardworking people and joined a global movement.

All was going well until my second-to-last day of the challenge. As recommended, I limited my physical activity that week. However, I still went on three walks, the last one was to get to a CPR and First Aid class I had to take. I had only eaten a few spoonfuls of congee for breakfast that day, and I brought some crepes with a little protein spread on them. One hour into the class, I wasn’t feeling well. I felt like I was going to pass out. That would have been super embarrassing for me. My classmates and instructor would have thought I was being squeamish over the course material, when in reality I used to be an EMT. It was just that I didn’t have enough sustenance. As my table partner wrapped the fake injury on my arm, I used my free arm to pull out my crepes and eat them. I also drank my water. It wasn’t enough. I excused myself to the bathroom, still feeling faint. I found a roll of Lifesaver mints in my purse and ate half a roll of them. The fast-acting sugar made me feel better within minutes, so I decided it was safe to continue with the Ration Challenge. Later that day I attended an evening church service where I took communion without thinking, but that was my only “cheat” day, and even then I had two ounces of oil and two pounds of rice left over at the end of the challenge!

But sickness seemed to be a weekend theme this month. The last Saturday of the month was also spent in sickness. On a positive note, it means I wasn’t spending all my money on weekend adventures!

From January to April of this year, I kept a log of my savings. I took a break in May so I could enjoy the fruits of my savings with half the month spent on a trip to the British Isles. Although I got back to saving this June, I ended up not keeping a spreadsheet. My plan is to modify my old spreadsheet and start using it again this July. But just because I didn’t record everything doesn’t mean I didn’t save!

I didn’t really spend any money on travel. Two nights of camping with the PCTA was free, as was the day hike on the PCT. Before the camp, I stopped in Ashland for their free First Friday Art Walk. I just had to cover the cost of getting to these places in my car. I’d say that was a good deal!

When I wasn’t sick or on the PCT, I enjoyed my hometown. I did two other hikes, one up Table Rock and the other through Denman Wildlife Area and Touvelle State Park (I visited on a free admission weekend). The Medford Parks and Rec department hosts summer movies, and I attended the first two. The first movie was a drive-in, which was extra fun!

I’ve also been walking a lot. One day, I walked 15 miles! That day included a walk to a beauty college to get a discount pedicure. Unfortunately, two days later I got a blister on my toe while walking, so I didn’t get much time to show off the pedi! I try to replace driving with walking whenever possible, even when it means coming home from the grocery store with a bag stuffed full of collard greens that were on clearance for fifty cents a pound! Walking is my main form of exercise, but I also got in some free cross-training!

Although I don’t have any gym membership, I did end up getting a good workout at two YMCAs. I was recently contacted by two young adults that used to live with my friend’s family when they were little girls, and they asked me to visit them since they recently moved to Grants Pass, Oregon. It’s been nine years since we last saw each other, so it was awesome to reunite. We went to their local Y, and they were nice enough to give me a guest pass so we could all go swimming. A week later, I went to my own YMCA for their free Family Night.

I did some things on Swagbucks and was able to cash out a free $25 gift card that I’ll be using at a restaurant on my upcoming trip! 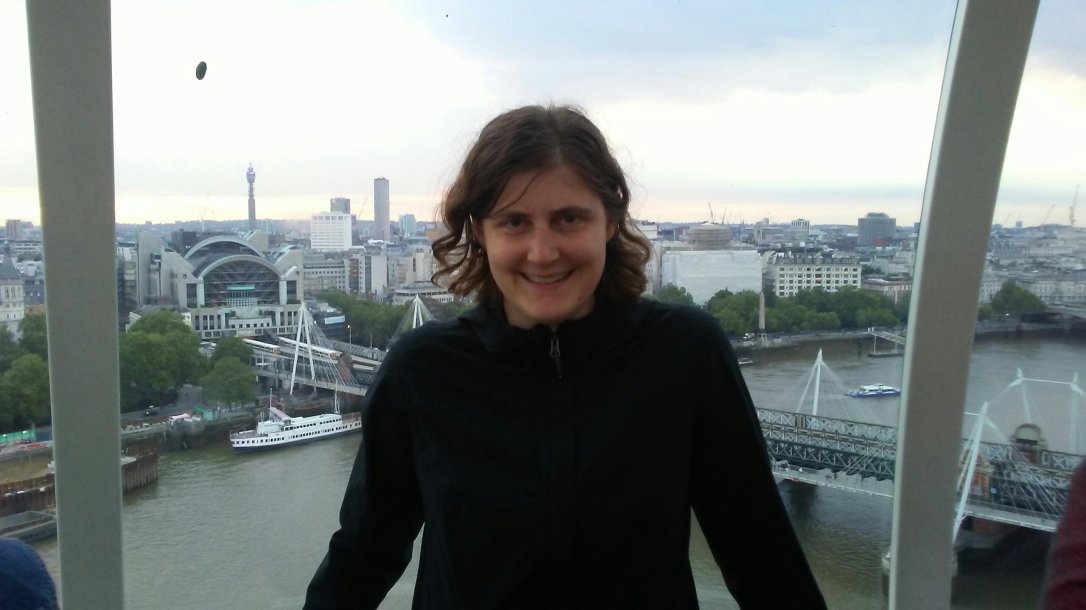 From now through November, my savings focus will be on my cruise to The Bahamas. I’m flying out on Thanksgiving evening for a week of fun in Florida and three Bahamian islands. I’ll be keeping track of my savings and should update you at the end of the month with a savings spreadsheet. Since I got such a great deal on the cruise, there isn’t much that still needs to be paid for on this trip, so I might need to set another travel goal in the next month or two! Where should I go in 2020?

I also joined Plastic-Free July. As I travel, seeing garbage where there should be beauty has been discouraging. Pollution is a global problem, and reducing single-use plastic is a visual and effective way we can all work to combat this. I’ve been working on reducing my footprint for a while, but maybe this month will give me new ideas and inspiration. I think it might help grow my travel fund, too.

As far as travel, I don’t have anything set in stone for July, but I know that will change soon!