This is part three of the “Across America By Bus” series.

Some of the most valuable lessons about community were taught to me in Nebraska. I spent two years living near Fremont, and there were many times I had to rely on those around me. Everyone I met there proved to be a true blessing. This time also opened up more travel to me, especially since it was my first time living away from home. Work provided many opportunities for paid travel that I never would have expected, and I was encouraged to travel solo for the first time too. I wanted to make sure to visit this area on my cross-country trip. Everyone turned out to be a blessing once again, even though most of them didn’t even know I was coming! 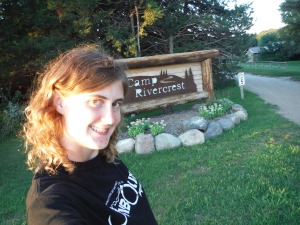 It took all afternoon to get from Chicago to Omaha. I got picked up by someone I had never even met before, but she was a roommate of a friend. After hearing a little about her life and that she also had experience at the camp I had worked at, I quickly befriended her. I spent the night in Omaha, and woke up super-early the next morning so a friend could drive me to Camp Rivercrest in Fremont. 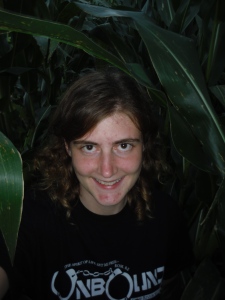 The ride at sunrise provided a great opportunity to catch up and share experiences with a fellow traveler. We eventually arrived at the house I would be staying in to unload my gear. I then went to the camp director’s house. He and his wife have two kids, so I knew that they would be up around this time to get ready for school. But the thing was, they had no idea that I was coming to Nebraska, let alone their house! I guess I came a little too early, because no one was up quite yet. I decided to walk along the camp-owned cornfields. When I went back to their house, I could tell they were having breakfast in the kitchen. One of the kids was at the sink by the window, so I tapped on the glass. I don’t know what startled her more: the fact that someone was tapping on the window early in the morning, or that I was there! After everyone’s initial shock, they let me inside, and we caught up before the kids had to catch the bus. Us remaining adults chatted a bit more, and then they proceeded to show me all the changes that had happened in the year I had been gone. So much had happened: five acres were added with new-to-them buildings, an old house was remodeled into offices and meeting rooms, the old offices turned into storage and prayer rooms, and my bedroom suite had been adapted for visiting workers. I knew some of this had happened, but I didn’t realize to what magnitude! (Perhaps the reason I didn’t know was because when I left, they lost their fabulous media manager that would have kept the public updated on these kinds of things. Ha.) 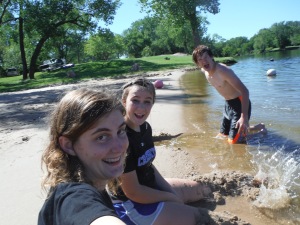 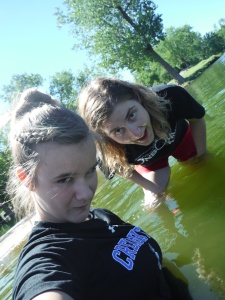 Nebraska was my most restful stop, but I did enjoy visiting Fremont Lakes. I spent the afternoon there with some friends, and we just caught up on life, shared experiences from Ohio (they grew up there), ate food, and splashed around in the lake. It was actually their house that I was spending the night in, so they eventually brought me back home where I rested through the next day. 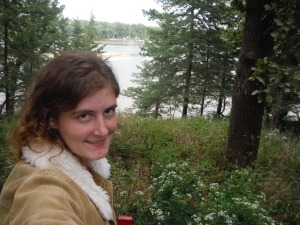 I walked around camp, reliving the memories. It was refreshing to see all the old lodges, cabins, and outdoor adventure elements. When living here, I enjoyed going to the back of the property overlooking the Platte River. The river was still breathtaking as usual. I eventually found a few former coworkers that I hadn’t seen yet, and one offered me a ride back to the Omaha bus station. 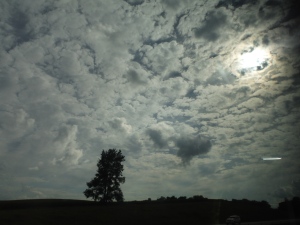 I did take Nebraska at a much slower pace than anywhere else I went, but I was able to catch up with more people here than anywhere else too. Besides, it was good that I got to take this break midway through the trip, because I would be getting very little sleep the rest of the time!

I’d like to use this post to shout out to Camp Rivercrest, where I lived and worked for two years. If you agree that they should redesign their website (like they’ve been wanting to do for years now), encourage them to call me!

2 thoughts on “Across America By Bus: Nebraska”