Today I feel sick. Sore throat, stuffy nose, lethargic brain… you’ve felt it before. So while I will continue the story of my Mediterranean Trek later, today I would like to share what to do when illness strikes during travel.

I was sick twice during my Mediterranean Trek. The first one happened before I was even two weeks into the trip. On my last full day in Paris, I watched Le Tour de France in person! To keep my good viewing spot, I had to stand there all day, no matter what. This also happened to be the only day during my time in Paris that it was cold and rainy instead of hot and muggy. Needless to say, I caught a cold. Even worse, I had to take a 17-hour bus ride the next afternoon. That bus dropped me off in Madrid the next morning several miles away from my hostel, and I walked there. I arrived at UHostels sick and tired, despite wanting to go out and see the city.

I got sick again about a month later. I had just arrived in Venice earlier that day. For dinner, I went out to get a pizza, and then found a place to eat it. I noticed that I didn’t have much of an appetite, but didn’t reach too much into that. A little bit later, it struck. I had an awful stomach bug, possibly even the flu. I had only booked two nights in Venice, and both of those days were spent either in the bathroom or in bed.

Supplies to Soften the Sickness

Pack a few of these items with you in case you get ill during your travels, or otherwise ask the front desk of your hotel or hostel for nearby places to buy these items.

-Diphenhydramine: Better known as Benadryl, I carried this around mainly for allergic reactions. But it turned out to be very beneficial as it was the only reason I was able to get any sleep when I had my cold. It can cause drowsiness, so it’s usually best to take it at night.

-Tissues and Handkerchief: I had a mini pack of tissues in my backpack. On the bus ride to Madrid, I used almost all of them up. I wanted to save a couple in case I needed more later, so I instead found something I could turn into a handkerchief: my Campack towel! It’s the same size as a handkerchief, and it’s quick-drying too! (Sorry if I grossed you out a bit on this one, but rest assured that thing went straight into the washing machine!) 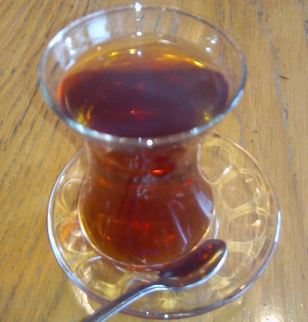 –Traditional Medicinals Herbal Tea: A hot beverage usually makes everything better, but this brand of herbals simply cannot be beat. Gypsy Cold Care was a great flavor during my cold, and Ginger Aid helped my stomach during the recovery process. Just add hot water!

-Extra Privacy: My sleeping arrangements during my cold included sharing a bus with fifty other people and a hostel dorm room. Although my stomach bug was even worse, it was nicer to deal with that in the privacy of my own hotel room with ensuite bathroom! It was very coincidental that I happened to have that bug on the only two days that I had booked a private hotel room. But if you can afford it, there’s often the option to upgrade to a private room, or even a private ensuite room.

-Gatorade: This was one of about four beverages I bought during my entire trip, but it was oh so worth it! Since I was staying just a block away from Venice’s main tourist spot, St. Mark’s Square, there weren’t very many real grocery stores nearby. I was dizzy, overheated, and tired, so I just went to the closest beverage sales I could find and bought an overpriced bottle of Gatorade. The next day, I was feeling better, but still needed to rehydrate and be gentle with my stomach. I walked further and found a real grocery store, where I got a bottle of Gatorade twice the size for half the price!

-Saltine Crackers: I found these in the same grocery store as the Gatorade. (I tried eating rice crackers from a snack shop the day before, and that wasn’t too bad.) For some reason, in Italy, they only sell saltines in packages of extra large or extra extra large. That was fine by me, as I lived off of them for the next week!

-Cipro: I got a prescription for this just out of precaution, but thankfully I did not have to use it. I considered it when I had flu-like symptoms, but in a way, it was motivation to get better. “I may be sick, but at least I’m not so sick that I have to take Cipro!”

-Rest: This one was hard for me to do all the time, but it’s helpful in both preventing illness and getting better. Sometimes annoying roommates interrupt your sleep. Sometimes there’s something happening that you’ll want to stay up late or wake up early. Sometimes the excitement of being in a new city just makes you want to go out there and get exhausted from a full day of discovery! Do whatever it takes to suppress your urges enough to get some decent sleep every night.

-Flexibility: All travel plans have some degree of flexibility. While going from Paris to Madrid, I couldn’t make changes in travel plans due to my tight schedule and tight budget. But I did have more control once I got to Madrid. I could stop to rest whenever I felt it was necessary. In Venice, I had more flexibility as I hadn’t yet made reservations for my next destination. On my checkout day, I booked two more nights in a downgraded room so I could actually enjoy all the city had to offer.

Just thinking about all the resources I have to help with recovery is making me feel better already! I was able to get better from both illnesses in the Mediterranean in just a couple of days, so here’s to hoping I can heal just as quickly at home!

What’s your secret to recovering from illness?

1 thought on “In Sickness…”