As a US American citizen, it’s not always easy to hop across the pond for European adventures. So when I can find a European experience in my own country, I’m all for it!

There are a lot of Stonehenge knockoffs in the United States. I regret not having a car while living in Nebraska, because it could have taken me to see Carhenge. There’s also a Foamhenge in Virginia and Alabama has its own fiberglass “Bamahenge”. But nearest me is the Stonehenge of Maryhill, Washington. It’s just across the Oregon border, making it easily accessible by both states. After I visited Multnomah Falls, I headed further east for this next stop.

Since I got to visit the real Stonehenge while in England this past May, it was fun to compare the original stones with this full-scale replication. Me with the Heel Stone at England’s Stonehenge

England: Part of the enticement to Stonehenge is that no one knows for sure how it was made or what it was used for, though we do estimate it at being 5000 years old. Many theories for its purpose have been presented over the years, but currently, there is strong evidence suggesting it was a sort of calendar device, due to its specific alignment with the solstices. 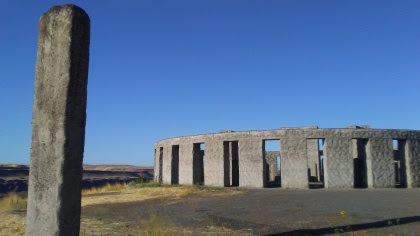 The Heel Stone at Maryhill’s Stonehenge

Washington: One hundred years ago, England’s Stonehenge was believed to be used for human sacrifice. So when the founder of Maryhill’s Stonehenge wanted to build a memorial to the recently-deceased of World War I, he thought about the sacrifice these soldiers gave and thought Stonehenge would be fitting. 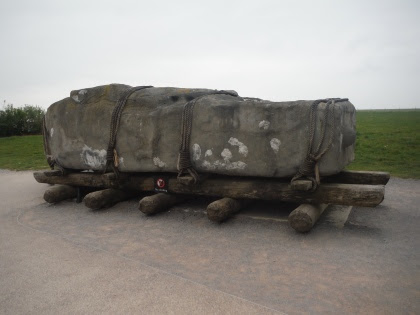 England: Perhaps Stonehenge’s biggest mystery is how the builders obtained the stone from 200 miles away, without any modern machinery. Erecting this circle would have been difficult as well. 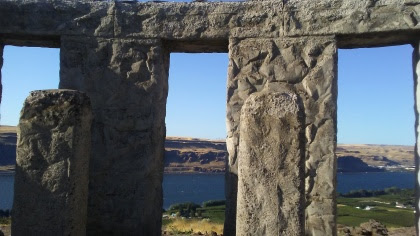 If it’s made of concrete, should it be called Concretehenge?

Washington: Originally, the plan was for this memorial to be made of local stone. But building a Stonehenge out of stones proved to be difficult even in more modern times, so they switched to concrete. The concrete doesn’t look nearly as beautiful as the original stones, but they tried to improve the appearance by using foil to create a crumpled texture. 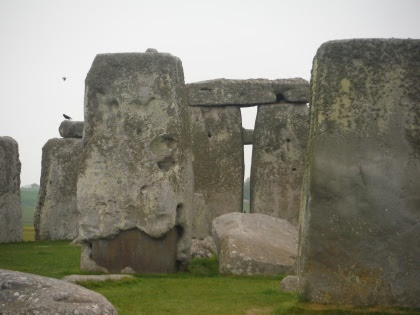 England: Stonehenge is in ruins; there’s no doubt about that. I visited midday, so I was able to walk around the path, admiring the stones from a bit of a distance. There are special sunrise and sunset tours that allow visitors to walk into the inner circle, but they still cannot touch the stones. Many pieces have fallen and some are missing. 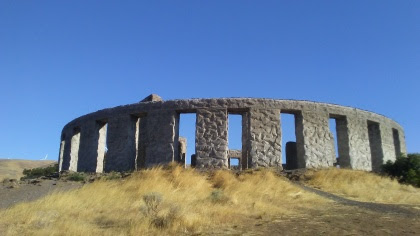 Can you picture the original Stonehenge looking like this one in Washington?

Washington: My favorite part about this Stonehenge is that it was an opportunity to see what Stonehenge was intended to look like. At a mere century old, the preserved memorial shows the Stonehenge with all of its transepts intact. Best of all, you can get up close and personal with this Stonehenge. Spend as much time as you want walking through the inner circle, and even touch the “stones” if you want. No special tour necessary. 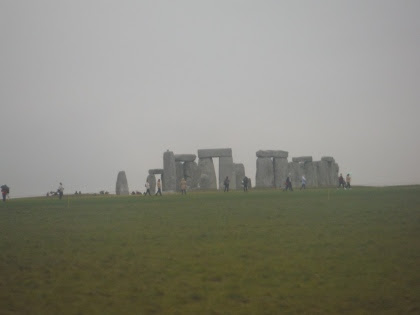 England’s Stonehenge as seen from the road

England: Stonehenge is situated on the Salisbury Plains. Although its mostly surrounded by farmland (sheep get to spend more time viewing Stonehenge than humans do), it is visible from the throughway. To walk around Stonehenge, though, you’ll need a ticket before taking the bus ride from the parking lot to the stone circle. Since I’m not comfortable driving in England (or really any foreign country), I took one of the many bus tours that stop at Stonehenge. 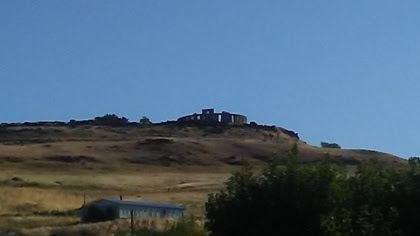 Washington’s Stonehenge as seen from the road

Washington: Fortunately, I am comfortable driving in most of the United States, which is good because I’m unaware of any busses that stop here! Parking was free and right next to Stonehenge. This Stonehenge is also conveniently located off a highway, though you have to drive a mile or so down country roads before it becomes visible. It sits atop a hill, with a gorgeous view down to the Columbia River and the surrounding farmland. Instead of sheep, these farms are for orchards and wind power! 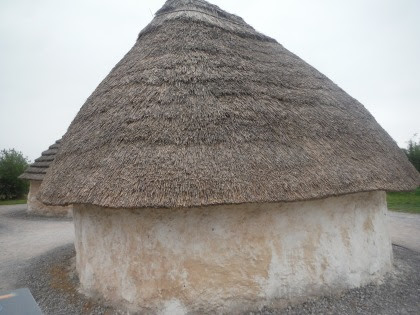 A prehistoric re-creation at the Stonehenge visitor center in England

England: The visitor experience at Stonehenge has really improved with the addition of a visitor center. This museum has videos, artifacts, and replicas of past life in the area. There are also bathrooms, a gift shop, and a cafe. I took the advice of some other travelers who said I shouldn’t take such a long bus ride from London just to visit Stonehenge. So I found a bus trip that also included an extended stop in Bath. 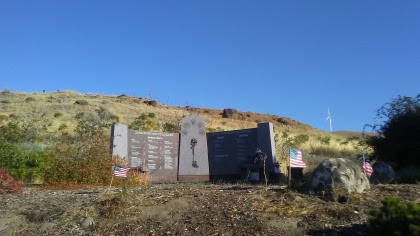 War Memorial next to Washington’s Stonehenge

Washington: There was a little building at the site entrance, but it wasn’t open at the time so I don’t know what lies inside. There was a flyer that listed some interesting events, and there were port-a-potties on the side of the building. Although there weren’t restaurants, there was a picnic table where I enjoyed a snack I brought. There’s also a soldier memorial to remember the wars that have happened since this Stonehenge was erected to commemorate WWI. I also don’t think you should make this trip just to see this Stonehenge. Across the river bridge is The Dalles, Oregon, which leads into the high desert. I also included Multnomah Falls, Crater Lake National Park, and a few state parks on this weekend trip.

One other big difference between the two Stonehenges was the crowds. One had hundreds of visitors while I was there, while the other only had a couple visitors at a time and I even got to spend some time all alone there. I bet you can figure out which was which!

Have you ever visited a replica of a landmark from another country? Tell me about it in the comments; I’ll probably want to see it too!

Whether you’re in the US, Europe, or anywhere else in the world, you can turn little attractions like this into real adventures! Learn how in my brand-new book, Uncommon Adventures, available in paperback and Kindle ebook

1 thought on “The Stonehenge of America”