A surprisingly pivotal trip for me was a week in Niagara Falls. It was here that I first decided to backpack across Europe, but it was also the setting where I met a young man with a very inspiring story. Enjoy this sneak peek of my upcoming book, Uncommon Adventures: 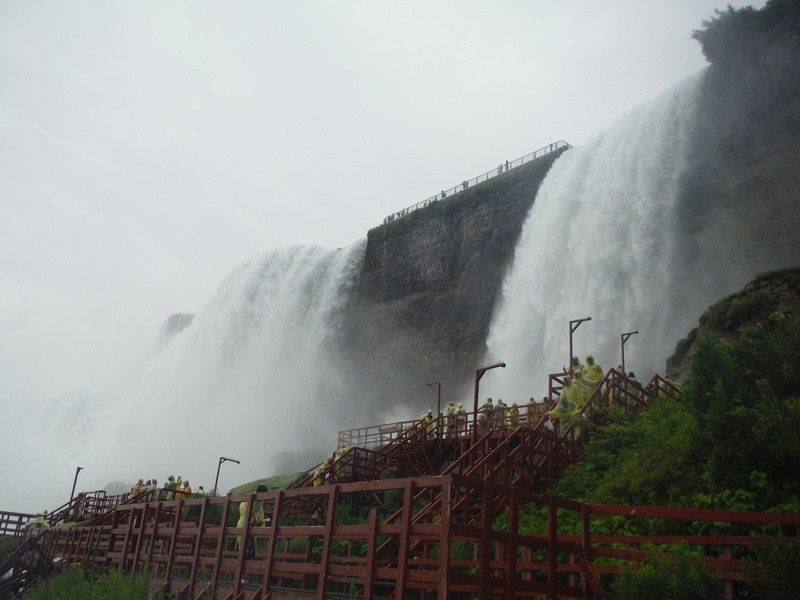 There are several people I’ve met over the course of my life who inspired me to do bigger, better, things, especially when it comes to travel. One of the most inspirational people I’ve met is a young man whose name I don’t remember, but I definitely remember his story.

I was backpacking Niagara Falls. Most of my time was spent on the United States side since that had more natural area to explore. But having never been to Canada, of course, I had to walk across the border and spend a few days there. I booked a couple nights at an upscale hostel down the river from the falls. During my first night there, I sat down on a couch in the living room to write in my journal. I heard someone clamoring around the kitchen. A few minutes later he walked into the living room with a bowl of ramen and sat on the other end of the couch. He turned to me and, carefully considering his words before they came out of his mouth, said, “I want to practice my English.”

We had a conversation the best we could, though sometimes we would have to pause so he could look up a word or write down something I said that he never heard before. It turned out that he was visiting from Japan. I was impressed enough that this 20-year-old would come halfway around the world on his own, but as he described what he was doing there, my jaw hit the floor.

Apparently, he flew into Los Angeles, then hopped on a bicycle and started making his way to New York City! He didn’t have anyone help him out; he just pedaled his way through many of the states. In just a couple months, he had seen more of my country in a more thorough manner than I have in my entire life. Because he was ahead of his schedule, he took a detour to Toronto and that’s why I found him in Canada. How did he do it? “Once a week, I stay in a place like a cheap motel. The rest of the time, I set up a tent.” So not only did he take on a physical challenge that most people couldn’t imagine, but a budget challenge, too! As I described the tourist attractions I visited that day, I asked if he had done any of them. “No. I have some money, but I don’t have a lot of money.”

I thought he must have a sponsor, or maybe he was doing some sort of fundraiser, so I asked: “why are you doing this?” The conversation paused again as he paged through all the notes of English words and phrases he learned. He obviously had an important answer for me, but didn’t quite know how to explain it. Finally, he held up a page and pointed to a sentence on it. I read, “I wanted to do something overwhelming.”

I think about his word “overwhelming” when I’m about to embark on a new experience. Traveling on a budget can certainly be overwhelming. At the same time, traveling is a fun way to be overwhelmed: overwhelmed with trying new things, seeing new places, and meeting new people. Saving money while traveling is overwhelming, but it can be part of the experience, too. Those money-saving techniques can include ramen, a bicycle, and camping on the side of the road. But there are plenty of other ways to save, too!

Travel doesn’t have to be overly overwhelming! Want to find out some of those ways to save? Be sure to check out Uncommon Adventures, available for preorder now!

1 thought on “Overwhelming: An Exclusive First Look at Uncommon Adventures”