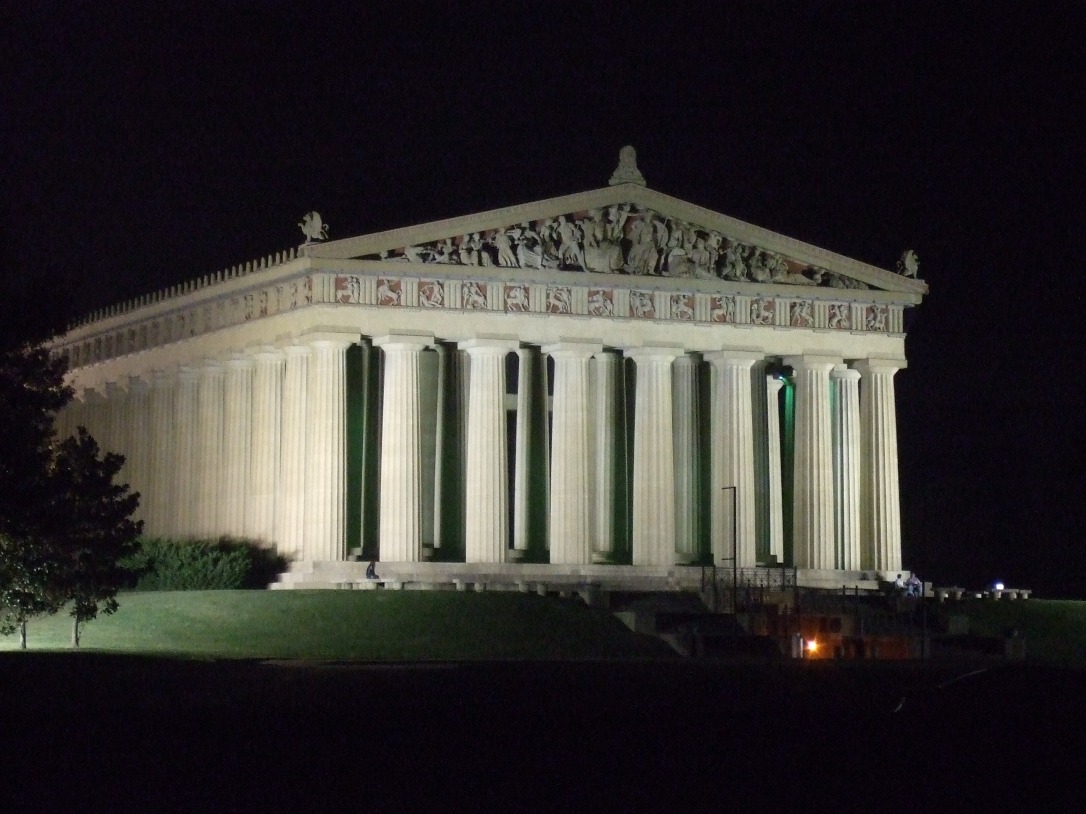 While not a primary reason to visit Tennessee, I loved visiting the world’s only fully intact Parthenon and saw it almost every day while in Nashville. While it doesn’t have millennia-old history or fine material craftsmanship, this is one of the best places to go to visually learn about the Parthenon.

The exterior is a spitting image of the Parthenon in its glory days. You can walk around and see each piece of art. You can even walk up and touch the columns or sit on the steps, something you absolutely cannot do at the Acropolis. Another thing you can only do here is step inside the Parthenon. While the lower levels definitely look modern-day, the top level features a giant statue of the Greek god Athena, the namesake for Greece’s capital. While a similar statue used to be housed inside Greece’s Parthenon, no one knows what happened to that behemoth. So not only is this the only place where you can see the Parthenon in its intended glory, but also the only place to see this statue and what it looked like inside.

At the time of my visit to Nashville, I had never been to Europe. I wasn’t sure if I would ever get to Greece in my lifetime, but I recorded in my travel journal that if I did make it there, I might be disappointed at the real Parthenon.

Athens: The Real Deal on Location

A few years later, I found myself in Greece! And I recorded in that travel journal that I wasn’t sure if I liked the Greek or American Parthenon better.

The center of Athens is the Acropolis, and the centerpiece of the Acropolis is the Parthenon. This is the original. It’s a special experience to be able to walk among the ancient buildings atop this mountain. The ruins are preserved as best as possible there, but the art is better kept in a different home. Just downhill, the Acropolis Museum recreates the Parthenon indoors with the friezes displayed in their original order. Other Acropolis archaeological finds are on display here as well. But not everything from the Parthenon is housed in this museum.

The Parthenon is in ruins, partially because of its age, and largely because of an explosion when it was being used to store British military ammunition. If you speak to a local Greek about the Parthenon, they will be sure to include blaming the Brits. Not only for the explosion, but also because they “stole the original art off the Parthenon and refuse to give it back”. The Greeks’ relationship with the British might be strained because of this, but for me, this international argument was mostly just a call for me to take another trip.

London: Rounding Out with the Lost Art 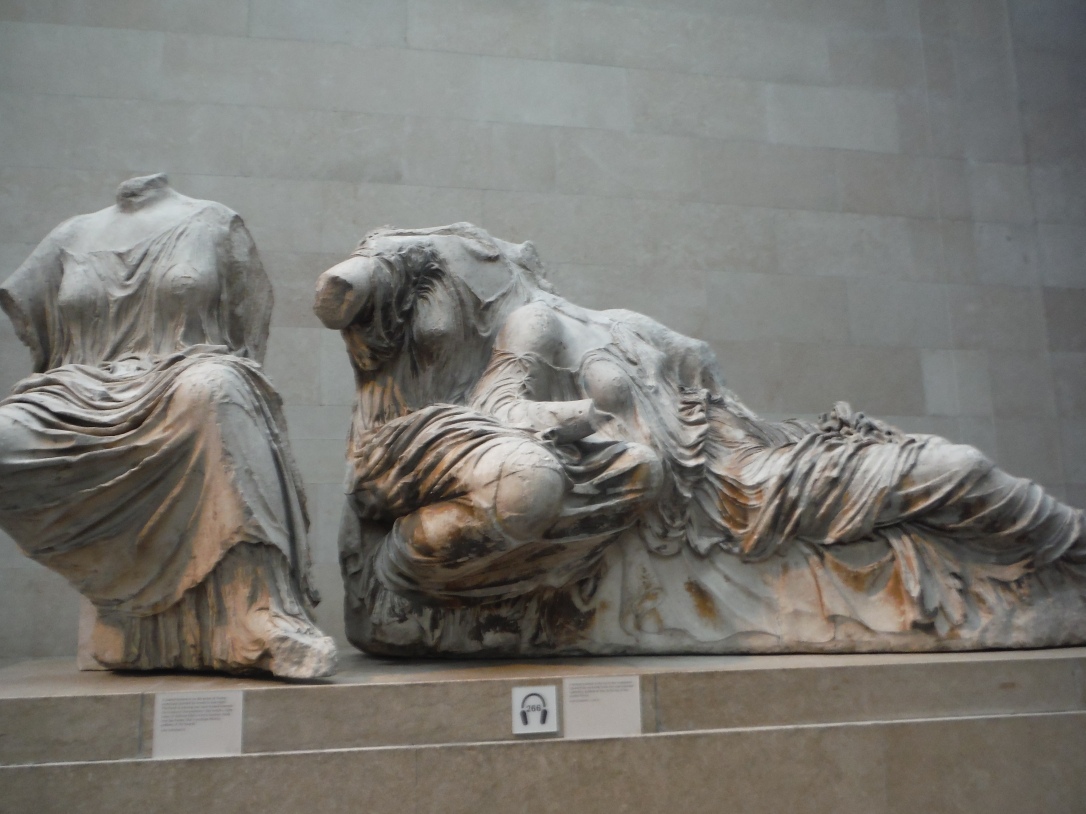 After seeing the Parthenon in Athens, my next trip to Europe had to involve Great Britain. While an expensive city, London can be done on a budget, especially when you visit the free museums! One of the best museums (that also happens to be free) is the British Museum, oddly named since it consists entirely of artifacts taken from other countries. An entire section of the museum is devoted to ancient art from Athens.

Stepping into the Greek section of The British Museum almost felt like being teleported back into Greece. The room appeared to be the Acropolis turned outside-in. Each end of this room displays the Elgin Marbles, the statues that originally adorned the Parthenon. They are displayed in the same order as they were intended to be, so you can easily imagine the Parthenon’s roof topping just over their heads. Other statues are bookended by this art, along with a message of the United Kingdom’s stance on why they believe the Parthenon pieces in their collection should remain under their care.

The British Museum had a lot of other fascinating artifacts, such as the Rosetta Stone. London itself had even more to offer. But the feeling of being among the Parthenon’s marble statues was uniquely satisfying. After many years and a worldwide search, I had finally come full-circle with seeing every element of the Parthenon that began with an unlikely trip to Nashville.

Get travel inspiration for around the world with the Parthenon and more when you order my new book, Uncommon Adventures!

Which Parthenon trip would you most like to go on? Let me know in the comments!

1 thought on “My Three Parthenon Trips”